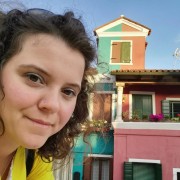 I had a really BAD experience with Green Motion Car Rental in Kos and I would like to share it with you hoping that it will help those who are thinking of booking with them.

Unfortunately, unexpected travel events are just around the corner and you have to take them into account, however, in the various car rental experiences in Greece, we never had such a bad experience.

We usually rent the car before departure in order to arrive and have less worries. So we did the same for our holiday in Kos.

This time, being 5 adults and one 10 months old baby, we rented two cars with Rentalcars.com which is an aggregation portal of the various car rental companies. The cars chosen were hired from Green Motion Car Rental in Kos which had a good score so I confirmed the reservations.

Upon receipt of the cars I always take photos of the exterior, this time noticing the dirty seats I also photographed the interior. Luckily!

The return of the car to Green Motion Car Rental in Kos: rip-off lurking

When we returned the car we had a very bad experience and now I’ll tell you about it to warn you! I’m still pretty shocked by what happened…

The two members of Green Moton Car Rental in Kos who took care of inspecting the car first challenged us for the dirty seats asking us 50 euros for cleaning, when we showed them the photos of the car at the time of collection with the seats in the same condition then they told us that the 50 euros were not for the seats but for the cleaning of the carpets, where there was just sand.

We tried to argue that a vacuum cleaner would have been enough to clean that and that to clean the whole car it would not cost them that much. Instead of trying to understand our reasons as we were trying to comprehend theirs, they started to raise their voices and all of a sudden the situation precipitated.

My partner and brother-in-law raised their voices accordingly telling them they were not fair at all and that they were trying to rip us off.

I open and close parentheses: if they had immediately challenged the sand on the mats we would have not argued as we could understand that they had to clean it (don’t they clean it anyway since there should be coronavirus hygiene rules?) but since it was a makeshift because they could not challenge us on the seats, it was just a way for them to rip us off 50 euros! By the way, we had cleaned the car as much as possible, dusting off the dashboard and the seats. Of course we didn’t have a vacuum cleaner but it’s also true that all the times we rented cars in Greece they never told us anything about the sand on the mats!

Green Motion Car Rental in Kos: they almost got into a fight with us scaring me to death

Upon seeing our grievances, they began to raise their voices and push my partner and his brother. Obviously I started to get upset, I was in the middle of these four men translating what was said by the different parties and I was afraid that things would degenerate.

We asked to call the police and some of the neighbors called it hearing all those screams and seeing the scene. But in the meantime, the pushes continued and the tones were very high and angry. The rental guys also threw up their fists as if they wanted to use them to provoke a reaction from us and start a fight.

(Fortunately, my in-laws and my 10 month old daughter were at the airport and did not witness the scene).

One of the two from Green Motion Car Rental in Kos, at my request to stop and calm down, threatened to ‘bury my partner right there’.

While the other, a thug, told me that if we did not pay the 50 euros they would keep the deposit of 856 euros. Can you imagine? We have also taken out full insurance but the conditions do not seem to cover the cleaning costs, which obviously have been pocketed.

While I went to pay the 50 euros just to close the matter as I did not want anyone to get hurt, much less miss our flight, one of the two guys followed my partner to provoke him to react. He stepped on his toes, whereupon my partner put his hands behind his back because he obviously didn’t want to fight.

In the meantime, a policeman arrived and he told us that if we wanted to make a complaint we would have to go to the police station, but having the flight shortly after obviously we could not do that! We asked for the data of the two types to proceed with the complaint in Italy.

They obviously know perfectly well that tourists would do anything but miss their flight and so they take advantage on it!

The policeman, which I must say was not really fair, took our data but alas he did not give us theirs because when he went to talk to them he made a gesture towards us saying we should leave.

However, I will write to the Green Motion Car Rental company and the embassy to find out if a complaint can be made from Italy because such behavior is not admissible.

I was and still am quite upset by what happened.

Stay away from Green Motion Car Rental if you can!

Have you ever had an experience like this in Greece or elsewhere? 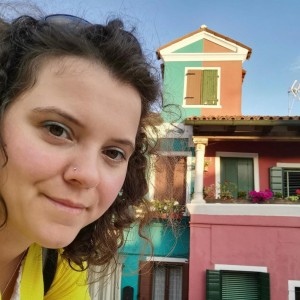